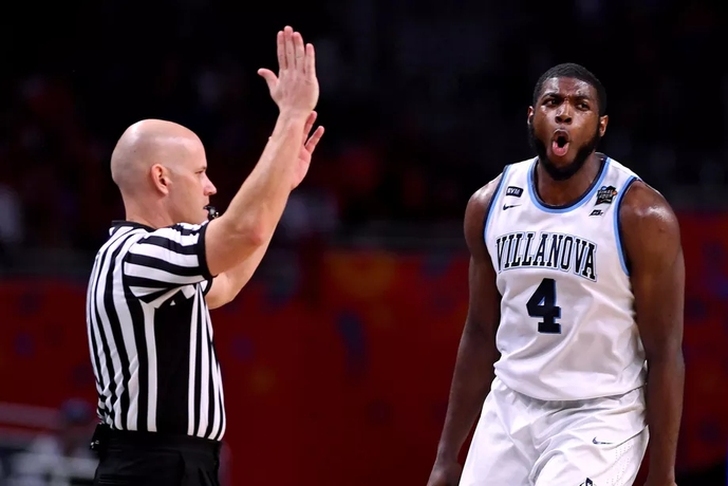 The Villanova Wildcats broke the Final Four record for most three-pointers in a game and built a double-digit lead in the opening minutes as they coasted to a 95-79 win over the Kansas Jayhawks to advance to the national championship game.

Villanova finished the game with 18 made threes, breaking the previous record of 13, and shot 55.4 percent from the field as their offense was clicking from start to finish. The Wildcats opened the game on a 22-4 run and didn't look back, draining 13 of those three-pointers in the first half.

The Jayhawks played well offensively in their own right, shooting 44.3 percent from the field, but simply had no answer for Villanova's hot shooting.

Head coach Bill Self said before the game that they would likely give up some open threes because of center Udoka Azubuike's struggles to guard on the perimeter, and the Wildcats didn't miss any of their open looks.

Eric Paschall and Omari Spellman were the two players Self was worried about Azubuike having to defend, and those two led Villanova's attack. Paschall scored a game-high 24 points while Spellman had a double-double (15 points, 13 rebounds) - including this monster throwdown.

Big 12 Player of the Year Devonte' Graham led Kansas with 23 points while Malik Newman added 21. Svi Mykhailiuk (10 points) was the only other player in double figures.

Villanova will face Michigan in the national title game on Monday at 9:20 p.m. ET on TBS.

Catch up on all the latest college basketball news and rumors in the best sports app available - the Chat Sports App!