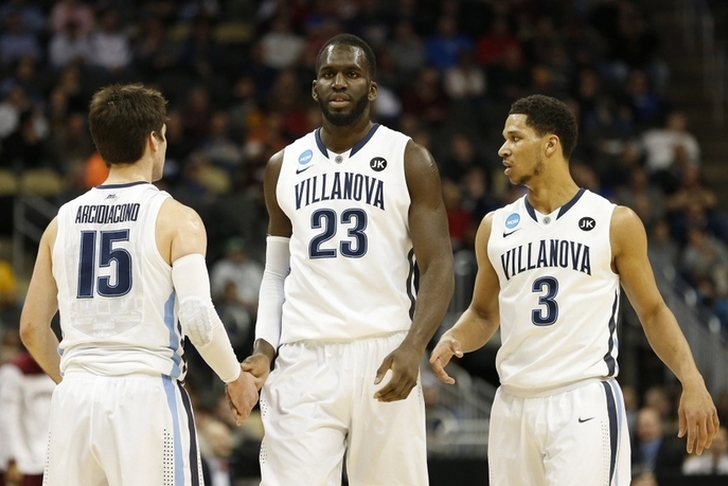 The Villanova Wildcats shook off a slow start and dominated the second half, blowing out UNC-Asheville for the 86-56 win.

Villanova came into the NCAA Tournament with a lot of pressure after losing in the second round as a top two seed in each of the last two seasons, but they showed no signs of that pressure getting to them in this matchup. Four starters scored in double figures for the Wildcats, led by forward Daniel Ochefu's 17 points and 10 rebounds.

UNC-Asheville put up a valiant effort in the first half. Dylan Smith cut Villanova's lead to two with 4:26 left in the half, but the Wildcats closed the half on a 16-4 run to establish control, capped off by this buzzer-beater from star guard Ryan Arcidiacono:

UNC-Asheville was led by freshman guard Dylan Smith, who finished with 14 points and five assists.

Villanova advances to the second round where they will play the winner of (7) Iowa) and (10) Temple on Sunday afternoon.