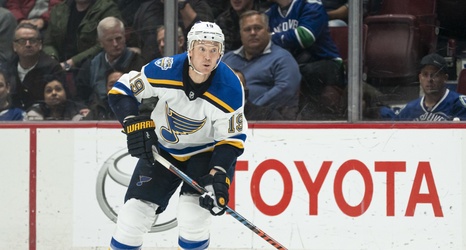 After dropping two consecutive losses, including a blowout to the Minnesota Wild in their last outing, the last thing the Vegas Golden Knights want is a showdown with the reigning Stanley Cup Champions.

And this is just the first of what is a hellish five-game slate for the Golden Knights, who continue to punch well below their weight.

This is a real opportunity to produce a statement win but the Blues are an elite team at the peak of their powers, so this will be a real litmus test for the Knights.

So, on that note, we delved into some storylines that will be worth keeping an eye on during tonight’s contest…