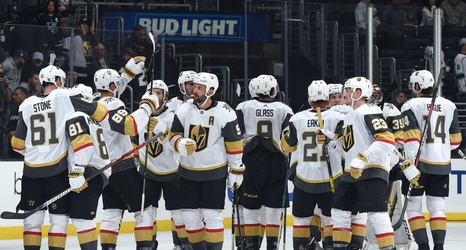 There as plenty of edge and tempo to proceedings despite it being an exhibition game, and the Vegas Golden Knights wiped out a 2-0 deficit to maintain their perfect record in preseason so far thanks to Jonathan Marchessault’s winning goal in Overtime.

The Kings did outshoot the Knights 38-26 and were leading thanks to goals from Dustin Brown and Blake Lizotte, but a solid effort from Oscar Dansk in net coupled with late third tucks from Curtis McKenzie and Mark Stone laid the platform for Marchessault to produce the goods in Overtime.