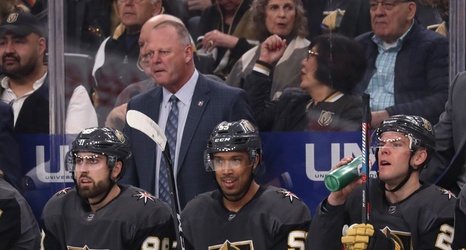 It has been plain sailing for the Vegas Golden Knights since they entered the National Hockey League, scaling the heady heights of making the postseason in two consecutive years, including a stunning run to the Stanley Cup Final in their inaugural year.

Coupled with their success on the ice has been unprecedented prosperity off it, including a consistently packed T-Mobile Arena and dominance in TV ratings.

All in all, the Golden Knights have laid the blueprint when it comes to how to build an expansion franchise on and off the ice.

However, the honeymoon period is officially over and Vegas is now going through what franchises throughout all of the major sports go through.