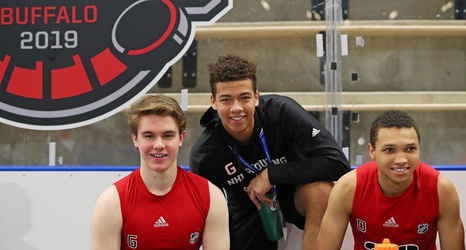 It was a busy day for the Vegas Golden Knights who started the day with eight picks but finished with seven after pulling the trigger on a trade with the San Jose Sharks to move up in the second round.

They ended their involvement at the draft by making three picks at the end of round five, filling a variety of needs.

They drafted goaltender Isaiah Saville with the 135th pick before selecting Finnish forward Marcus Kallionkieli with the No.139 pick.

And, to round things off nicely, the Knights then took power forward Mason Primeau with the 141st overall pick.