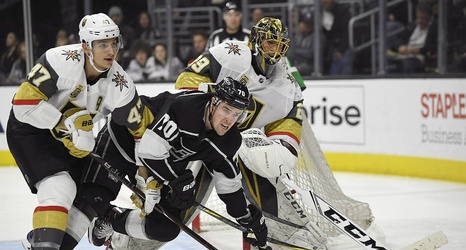 LOS ANGELES — It has been a tough year for Luca Sbisa as the Golden Knights defenseman has been out of the lineup on four separate occasions with injuries.

Sbisa, who injured his right hand Feb. 27 and has not played since, is back skating with the team, but he may not be available until later in this series or the next round, depending whether the Knights can close out the Los Angeles Kings.

“I’m getting better, but not quite ready yet,” Sbisa said after the team’s Tuesday morning’s skate at the Staples Center prior to Game 4.