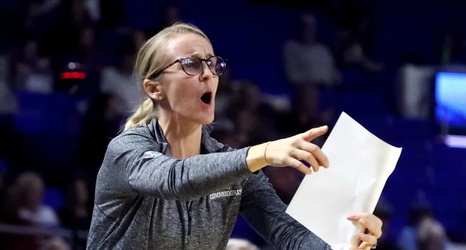 You don’t want to watch the end of the Bears v.s Lions cripple fight, anyhow... so let’s watch Queen Ralph and the Girls take on the Arizona Wildcats in our first game of the Paradise Jam Tournament in the US Virgin Islands.

Yes, we are all jealous of them both for where they are and for not having to talk to that one uncle who’s really into crypto this Thanksgiving Holiday weekend.

The Queen Ralph era has begun as a struggle (the Lady Dores are currently 3-2 in the “haven’t played anyone yet” portion of the schedule, with wins over Gardner-Webb, Tennessee Tech, and Jacksonville State, and losses to Little Rock and Empty S U), as much like Clark Lea, her predecessor left the roster stripped down to the studs.