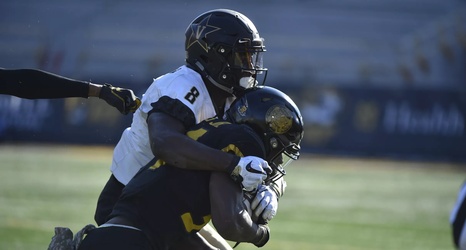 Among a host of changes to the conference schedule, the SEC officially announced on Friday that Vanderbilt’s game at Missouri — originally scheduled for tomorrow — will be played on December 12, with time and TV network TBA.

There were some questioning whether, with Missouri scheduled to play Florida next Saturday, Vanderbilt’s game at Missouri might simply be moved to next week, but the SEC elected not to have the Gators or the Commodores attempt to play next Saturday. Instead, Missouri-Florida was moved to October 31 — previously scheduled as Florida’s bye week — and Missouri’s home game against Kentucky was moved up to October 24.