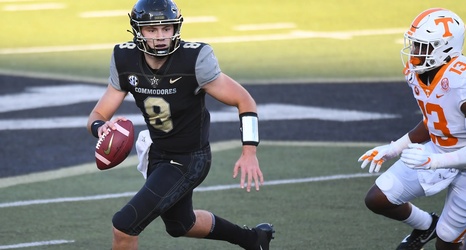 With baseball season over, we move on to coverage of the 2021 football season, and we’ll start our position previews with the most important position on the field.

Vanderbilt has spent most of the last two and a half decades seeming to alternate between four-year starters under center and instability at the most important position on the field. Greg Zolman (1998-2001), Jay Cutler (2002-05), and Kyle Shurmur (2015-18) won the starting job as freshmen and never let go (in Shurmur’s case, he won the job about halfway through his freshman season.) But the decade between Cutler and Shurmur was mostly marred with instability: Chris Nickson won the job in 2006, but couldn’t stay healthy and split time with Mackenzi Adams in 2007 and 2008.