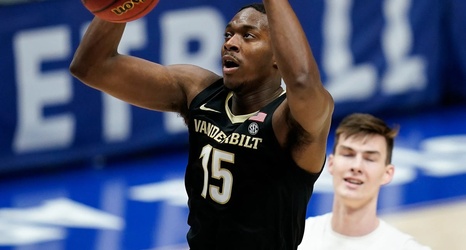 There was a time, early in the 2019-20 season, when it looked as though Clevon Brown would finally live up to the potential implied by his four-star rating out of high school. The senior started the first nine games of the season, shot 61 percent from the floor, and averaged a cool nine points per game — not great, but a vast improvement on the 3.3 he averaged as a junior, and just fine for a defensive stopper.

And then he got hurt and missed the rest of the season. That got him an unexpected fifth year of eligibility from the NCAA; the bad news is that upon his return, he basically reverted to being the player he was in his first three seasons at VU.