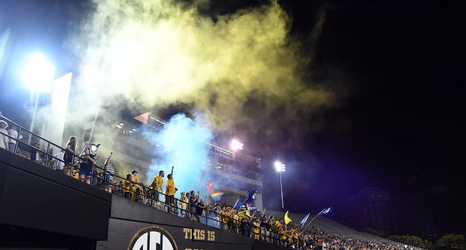 The Vanderbilt Commodores were trying to end a 2-game skid against the South Carolina Gamecocks who came in riding a 2-game winning streak. The formidable opponent would bring out the best in the Commodores. It was a tightly contested contest.

After some injuries forced Coach Darren Ambrose into using a heavily adjusted lineup in Columbia, Missouri, the starting eleven was back to normal with one major exception. Sophomore goalkeeper Sophie Guilmette was replaced by senior Sarah Fuller. Guilmette has plenty of talent and ability. To this point, she has struggled with decision making on when to leave her line or stay home.