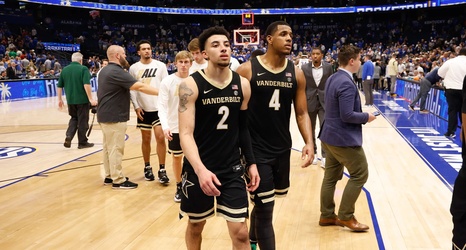 After two consecutive All-SEC seasons, Scotty Pippen Jr. has decided that he doesn’t want to try for a third straight, nor does he want to break Shan Foster’s all-time scoring record at Vanderbilt. The junior, who scored 1577 points in his career and became the first Vanderbilt player to average more than 20 points per game for two consecutive seasons since Billy McCaffrey in 1993 and 1994, elected to forgo his final season of eligibility and start a pro career.

The rules have changed a smidge since the NCAA tinkered with the rule about signing with an agent, but just so we’re clear, “signing with an agent” here is code for “I’m not coming back” — not after Pippen waited until the absolute last possible moment last year to pull his name out of the NBA Draft and return to school.