Mike Wright will start at Tennessee 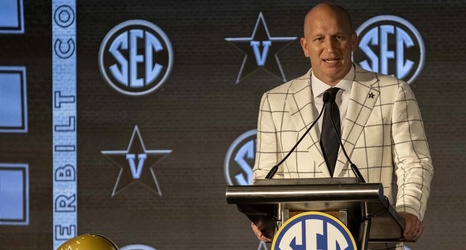 Vanderbilt head coach announced at Tuesday’s press conference that sophomore Mike Wright will start at quarterback at Tennessee on Saturday.

This will mark Wright’s fifth start of the season and of his career, and seemed like an obvious call after last Saturday’s game at Ole Miss. On the season, Wright has completed 77 of 144 passes for 844 yards, with 7 touchdowns and 5 interceptions; in addition, Wright has rushed 79 times for 367 yards.

Additionally, Lea mentioned that Ken Seals will be available for Saturday’s game, and he’s actually listed as an “or” on the depth chart.