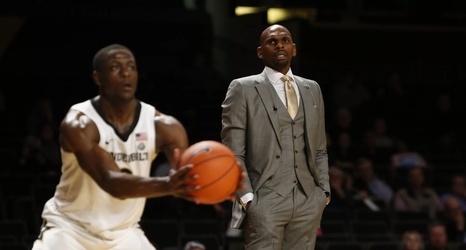 With 6:21 left in the first half, the Vanderbilt Commodores were tied 26-26 with the Buffalo Bulls, the team had not made a three-pointer, and star sophomore Aaron Nesmith had not scored a point.

During a media timeout, Jerry Stackhouse inserted walk-on Isaiah Rice into the game — per the Vanderbilt Hustler’s Twitter account, this was the first time that Rice had ever gotten into a game in the first half, and entering Tuesday night’s game, the junior had appeared in eight games in his Vanderbilt career, logged fifteen minutes, attempted two field goals and two free throws, and scored one point.