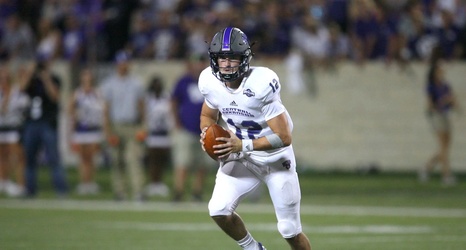 With all of the cancellations, delays, and conference-only schedules, you might not have realized that the 2020 college football season actually starts tonight, in the Cramton Bowl in beautiful Montgomery, Alabama, in a game that will be televised on ESPN.

For some reason, it seems, America is not as fired up about the Austin Peay Governors playing the Central Arkansas Bears on national television as parlagi, I can only assume, is. Originally, opening night was supposed to bring us... Marshall at East Carolina, which you probably would have watched. But instead, you are here, stuck with Austin Peay-Central Arkansas as your college football season opener, and until Vanderbilt actually starts its football season (tentatively set for September 26, and damnit the SEC is gonna have a football season) you are stuck with the quietly tolerable patchwork of college football games that have been cobbled together among Conference USA, the American, the Sun Belt, and whatever willing FCS teams they’ve found to go along with them, after the Big Ten and Pac-12 decided to not play football this season.