College Football Playoff expansion is inevitable, and the only question is how much 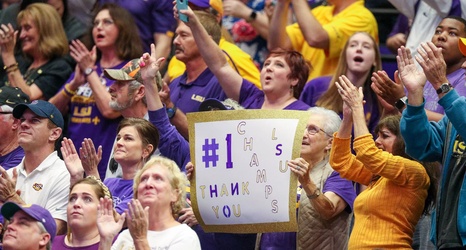 The people who fought tooth and nail against college football scrapping the old Bowl Championship Series (BCS) and moving to a four-team Playoff, as it turns out, may have known what they were doing.

Not because the now-six-year-old College Football Playoff hasn’t been a massive cash cow for the sport; it has. But what they predicted has inevitably come to pass: a four-team playoff eventually would lead to a larger playoff. As Pete Thamel reports, expansion to 12 or 16 teams is currently on the table.

The potential need for another cash infusion in the wake of COVID-19 is the trigger, but the problems with the four-team Playoff were obvious from the jump, when the 2014 Playoff Committee found a way to sneak one-loss Ohio State in ahead of one-loss Baylor and TCU, ostensibly because Ohio State flexed its muscles in a 59-0 win over Wisconsin in the Big Ten championship game; but anybody who is aware of the helmet bias long present in college football immediately jumped to more nefarious explanations.