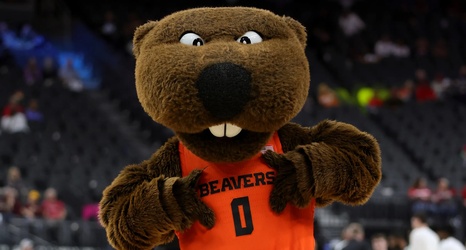 The School: The Oregon State Peltin’ Beavers. Though it’s been around in some form or other since 1856, it did not become Oregon State University until 1961. In all, it has changed its name, and, presumably, it’s mission, an astounding eleven different times, starting as a primary and preparatory school developed by the Freemason known as the Corvallis Academy:

Currently, it has the rare honor of being a sea grant, space grant, and sun grant institution, which means it should change its name once more to The Oregon Neptune, Cthulu, and Helios Institute of Corvallis.