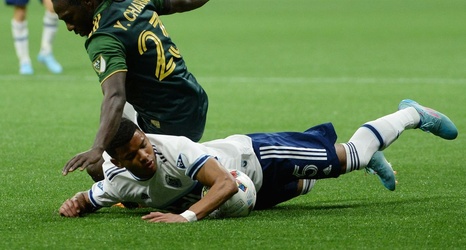 A roller coaster second half brought two penalties, four goals but it did not shake out with three points in the Caps’ favor, as Portland Timbers prevailed 3-2 over Vancouver Saturday at BC Place.

The match was closer than the scoreline appeared, but a clinical evening for Portland, a couple Vancouver defensive miscues and a lack of clear cut chances for the Caps ultimately brought defeat in the first Cascadia derby of the year.

The starting XI brought a lot of familiarity, with a couple tweaks. Florian Jungwirth returned to the starting lineup after a knock for Tristan Blackmon and he slotted alongside Ranko Veselinovic and Cristian Gutierrez, who was playing in a CB role.