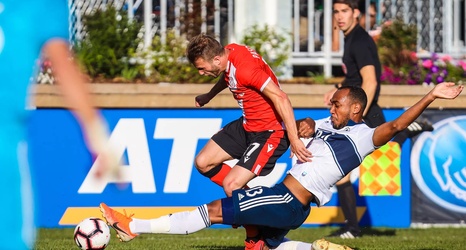 In what could have been a far worse result, the Vancouver Whitecaps opened their Canadian Championship on the road with a 0-0 draw against a game Cavalry FC from the Canadian Premier League. In some ways, the visiting MLS side were lucky to hold on for a scoreless draw.

What’s missing from that outline are the eight corner kicks conceded by the Whitecaps, and the thirty-two (!) clearances they were forced into, suggesting that Cavalry had no issue with running at Vancouver all match.

In fact, it wouldn’t be too far-fetched to think it was Cavalry figuratively tearing up the turf in the CPL that led to the literally beaten-down, worn-out grass at Spruce Meadows, though in reality the pitch was only days removed from a showjumping competition that led to its spotty condition.