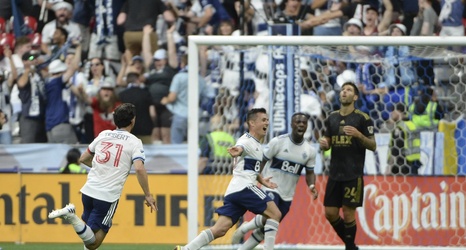 Saturday night at BC Place, the Vancouver Whitecaps defeated Los Angeles FC by a score of 1-0. It was newcomer Andres Cubas who wrote the story-book ending with an 89th minute goal from outside the area which found the side-netting past former Whitecaps keeper, Maxime Crepeau.

Vancouver’s home form remains remarkable under Vanni Sartini, as the Portland Timbers are the only team over the course of his tenure that have been able to come to BC Place and secure all three points. LAFC has been red-hot this season, as they’ve clearly been the best team in MLS, and yet Vancouver was able to dictate their preferred style of play on their home pitch, frustrating Los Angeles and deservedly finding a goal inside the last 15 minutes, where it felt like the Whitecaps played some of their best football of the season.