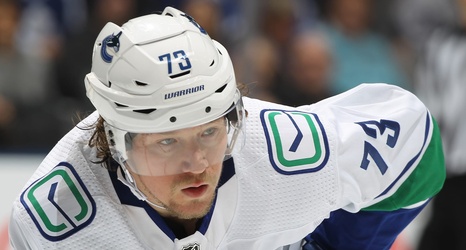 For the first time in five years, Vancouver Canucks general manager Jim Benning was able to act as a buyer at the trade deadline.

With the Canucks in the thick of the Western Conference playoff race, Benning decided to bolster his top-six by acquiring Los Angeles Kings forward Tyler Toffoli in exchange for Tim Schaller, prospect Tyler Madden, a 2020 second-round pick plus a conditional 2022 fourth-round selection.

Toffoli made an immediate impact for his new team, recording six goals and four assists in just 10 games. The 2014 Stanley Cup champion proved to be a valuable replacement for Brock Boeser, who missed a month recovering from a rib injury.