Why Braden Holtby can bounce back with the Canucks 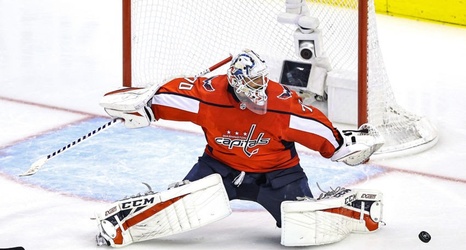 TORONTO, ONTARIO - AUGUST 20: Braden Holtby #70 of the Washington Capitals stops a shot against the New York Islanders during the third period in Game Five of the Eastern Conference First Round during the 2020 NHL Stanley Cup Playoffs at Scotiabank Arena on August 20, 2020 in Toronto, Ontario. (Photo by Elsa/Getty Images)

Braden Holtby struggled in his final season with the Washington Capitals. Here’s why he can bounce back year with the Vancouver Canucks.