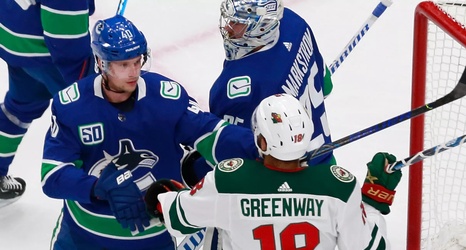 It won’t be a sweep, and you can thank the Alien Commander for that.

The Vancouver Canucks looked like a hockey team with a lethal top-six offence on Tuesday night. After being shut out in Game One, they were managed to get four goals from their top-six players in Game Two.

Many different guys deserve credit for the win, but make sure that once you wake up this morning, you wake with Elias and thank the damn alien for being the man.

Elias Pettersson blocked a pass on the backcheck and made a breakout pass in the same motion.