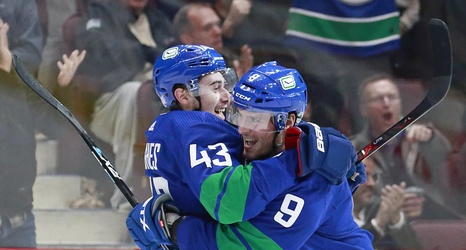 It was a good news, bad news day for the Vancouver Canucks on Sunday.

Let’s start with the good news. J.T. Miller received clearance on Sunday to join the Canucks for practice, and he’ll suit up for the first time this season against the Calgary Flames tonight.

“It sucks completely,” Miller said during media availability, two of which the Canucks lost due to poor special-teams play. “This is my job and I train for this, and I’ve done three quarantines now in the last six months, so it’s not ideal at all.