Wake With Elias- May 21, 2020: Restart Edges Closer To Reality, Comets All Stars and more 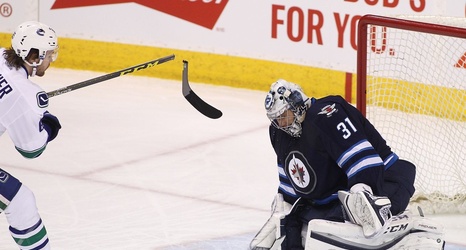 CANUCKS NEWS: Accolades for a couple Utica Comets as the AHL announced their All Stars yesterday. Reid Boucher was named to the 1st team squad, while Brogan Rafferty was named to the 2nd squad as well as the All Rookie team, capping off a fantastic first pro season. Boucher finished 2nd in points and goals scored, while Rafferty finished 3rd in scoring for defencemen.

Let’s get up to date on things, shall we? The always informative Kevin Woodley was on TSN1040 yesterday to talk goalies, specifically Thatcher Demko and how much longer the Canucks might have goaltending coach Ian Clark.