Wake With Elias: Kesler’s chirping, Hughes is chomping & Virtanen stirs up the masses 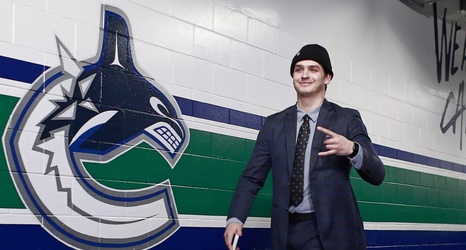 You gotta give Jake Virtanen credit, he always knows how tomake the city go crazy.

Whether it’s from inspiring swaths of people to shotgun beers, or seeing the winger film himself while driving on Instagram, the dude from Abbotsford is a lightning rod for both criticism and entertainment.

That was the case once again on Wednesday, as many people spent a rainy Canada day on the West Coast criticizing a video on Instagram, which showed Virtanen hanging out with some friends at Celebrities nightclub in Vancouver.

The video has since been removed from social media.