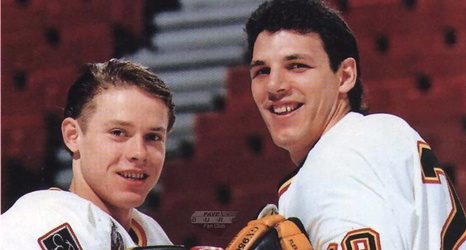 Bure's retired jersey will be safer with Gino on his wing in the Ring of Honour. @canucks https://t.co/WX37a5wWge

Abbott on Donnie on the Moj asked how far is Hoglander from playing in the NHL : "Not very far.