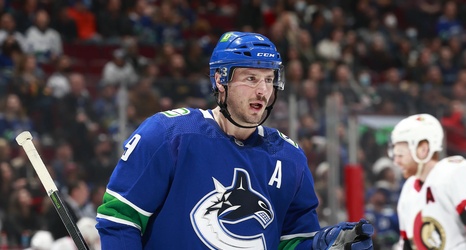 I’m glad we were able to pull some Canucks headlines for the Vancouver faithful this morning.

Well, aside from the fact that this is a Canucks blog, rumours and musing about the local hockey team provide a distraction from the upcoming Battle of Alberta in Round Two.

Don’t get me wrong, the series will likely be must-watch hockey theatre. Both the Calgary Flames and Edmonton Oilers are looking to cast away recent playoff demons, with neither team advancing to the Conference Finals in over 15 years.

From a Canucks perspective though? Watching your rivals battle head-to-head sucks, and it makes it agonizingly tough to pick a side.