Wake With Elias: 5 “Really Unnecessary” takeaways from the first day of Canucks camp 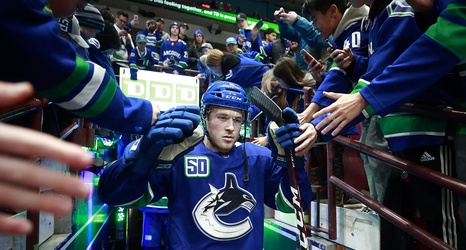 How else would you describe Boeser’s polite but firm rhetoric after he was asked about the rumours spread about him last week?

Let’s get to that and more in our five takeaways from the first day of Canucks training camp.

1) “Unneccessary” rumours lead to fiery reactions from Benning and Boeser

“I had a chat with Jim and he told me he hasn’t discussed trading me with anyone,” Boeser said to the media. “I’ve felt I’ve always been pretty honest with the media, and I feel like it was really unnecessary, and even the timing of the tweet was questionable with us getting ready to make a deep run.