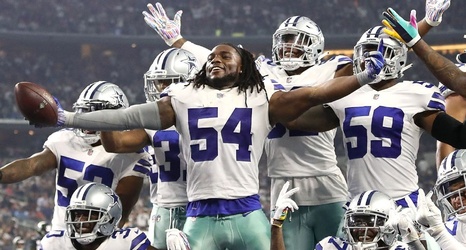 OXNARD, Calif. -- While talks with Dak Prescott, Ezekiel Elliott and Amari Cooper have mostly stalled over the summer, the Dallas Cowboys have signed a key piece to their future, with linebacker Jaylon Smith agreeing to a 5-year, $65 million deal with $35.5 guaranteed, a source told ESPN's Adam Schefter.

The deal makes Smith, 24, the third-highest paid inside linebacker in the league in terms of guaranteed money.

Smith was set to become a restricted free agent after this season, but he opted to take the security of a longer-term deal now rather than going through a potentially protracted negotiation.