Rivalry Week: 3 Things We Like About The Calgary Flames. No, Seriously. 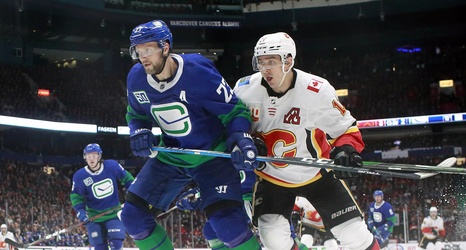 I am not being held hostage. I feel I really should make this clear. Nor am I being offered obscene amounts of money to write this piece. As we continue on with SBN’s Rivalry Week, we are going to take a look at one of the bigger and more historic rivals this team has: the Calgary Flames.

We’ve been treated to some outstanding playoff series between these two teams over the course of the existence of the rivalry when the Flames moved to Calgary from Atlanta in 1980. There’s been a ton of great regular season contests too, and while it’s never going to be on the scale of the Battle of Alberta rivalry the Flames share with the Oilers, it’s certainly an underrated one over the years.