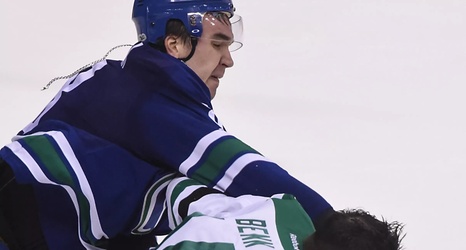 Some refer to him as BFG after the Roald Dahl big friendly giant literary character. Others liken him to the lethal Ivan Drago from the Rocky IV movie. In truth, he is probably somewhere between those two extremes as a hockey player.

Close up of hit to BFG's head. He takes a licking and keeps on ticking. SKA leads Avtomobilist 1-0 after two periods.

He is currently employed by his Yekaterinburg home town KHL club HC Avtomobilist.