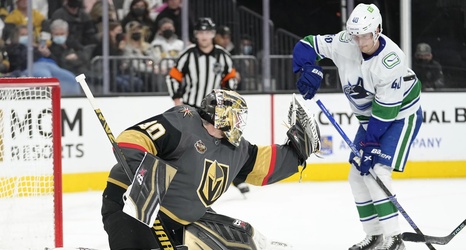 The math is as simple as it is bleak. Win and they’re in. All twelve remaining games. So, there’s not anyone who actually thinks this is possible, right? I feel like believing the Canucks, even totally healthy, could pull this off, is about as deluded as still defending Jim Benning.