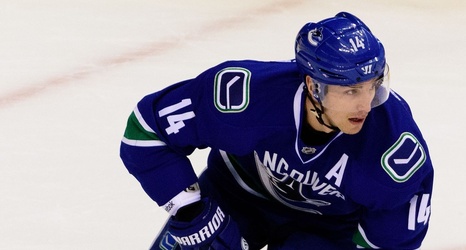 There have been few Canucks in franchise history who have been more controversial than Alexandre Burrows. He is the epitome of the bad guy for us, much like guys like Gino Odjick or Todd Bertuzzi. He was leading the team to victory, as he slayed the dragon in 2011 and even won game 2 of the Stanley Cup Finals in OT all by himself. He was playing mostly with the Sedins and putting up 218 points in 270 regular season games from 2008-12, including 9 goals and 17 points in 25 playoff games in the 2011 run.