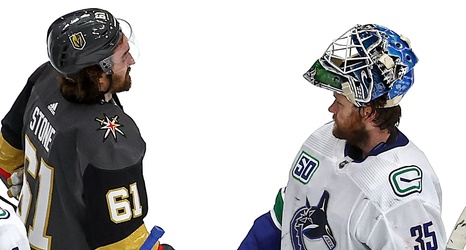 Thatcher Demko has enjoyed a meteoric rise up the NHL goalie rankings this season — but is he a realistic Vezina Trophy candidate?

On the latest episode of the Silky N’ Filthy podcast, Kyle Bhawan and I step out of the depressing bubble of Vancouver hockey to take a look at what’s happening around the NHL. Kyle, admittedly, is probably like most hockey fans in Canada...barely batting an eye at what’s going on outside of the North Division.

We look at some of the competitors for the major NHL awards, and where some Canucks end up in the running.