Canucks: Who is the team MVP after first two months? 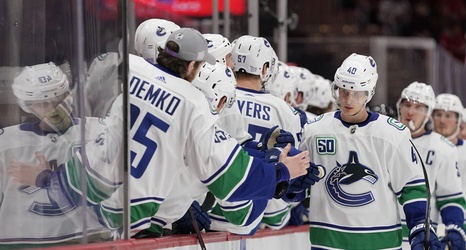 Just about everything was going right for the Vancouver Canucks in the month of October, but once November came along, that hot start was practically washed away.

Vancouver enters play on Saturday night with a 12-10-4 record, now one point behind the San Jose Sharks for the second wild card spot — and seven behind the Edmonton Oilers for tops in the Pacific Division.

But we’re barely past the quarter mark of the season, and there’s a lot of time for head coach Travis Green and his team to turn this thing around. If Vancouver hasn’t regained its October form by the end of November, then there’s good reason to worry.