Canucks: What to expect from Bo Horvat in the playoffs 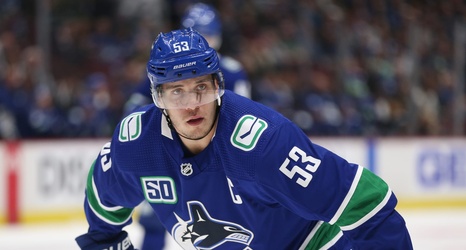 Just like the Vancouver Canucks, for Bo Horvat, a presence in the Stanley Cup Playoffs has been a long time coming. The last time Vancouver made it to the dance, Henrik Sedin was the captain, his twin brother Daniel was the assistant, and Horvat was nothing more than a first-year rookie trying to make something of himself in the National Hockey League.

Five years removed from the team’s last appearance in a playoff game and a lot has changed for the No. 53 and the Canucks. Since then, Horvat has been drug through the mud of rebuild, fuelling his fire only to return as the captain of the Canucks and put this organization on the map with a Stanley Cup championship.