Canucks: What should they do with Chris Tanev? 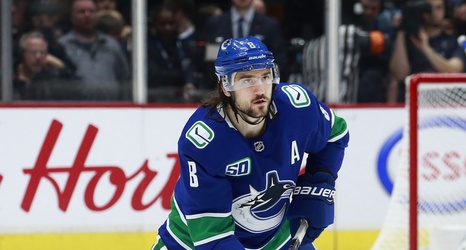 For someone who has found himself on the armchair general manager trade block once or twice over the past couple of years, Vancouver Canucks defencemen Chris Tanev is 100 percent healthy and in the midst of a bounce-back 2019-20 campaign.

The fans that have been calling for general manager Jim Benning to move on from Tanev while he “still has value” may want to reconsider their demands.

The East York, Ontario native is recording the best numbers of his career this year. At 30 years of age, with 10 years of NHL experience, Tanev has never played more than 70 games in a single season.