Canucks: Tyler Myers needs to step up next season 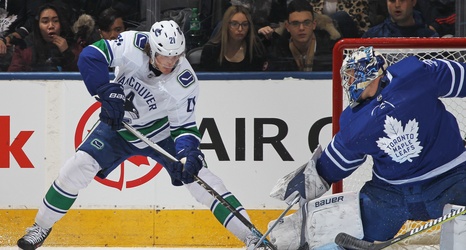 There were originally a lot of mixed feelings across the Vancouver Canucks‘ fanbase when Jim Benning (the team general manager) signed defenseman, Tyler Myers to a five-year deal worth a team-high $6 million dollars annually.

The ex-Kelowna Rocket enjoyed his first year playing on the west coast and he was pretty much the player people were expecting him to be. His puck-moving skills and his break out passes were a breath of fresh air in Vancouver and when all was said and done, the 30-year-old giant racked up a respectable 21 points (six goals, 15 assists), which was good enough for the third-most points amongst Canucks’ defenders.