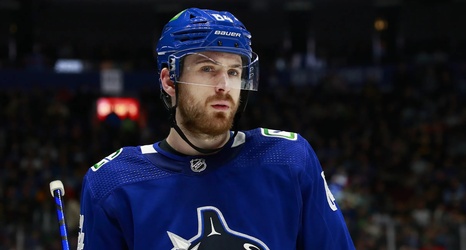 The only player who the Canucks really had to make a decision on before the NHL trade deadline was Tyler Motte.

Well, the Canucks came to a decision.

It was announced as the deadline was approaching that the Canucks have sent Tyler Motte to the New York Rangers for a 2023 fourth-round draft pick.

Despite playing fewer than 10 minutes per night during the first couple of games under Bruce Boudreau, Motte ended up driving arguably the most effective line for the Canucks over the past couple of months.