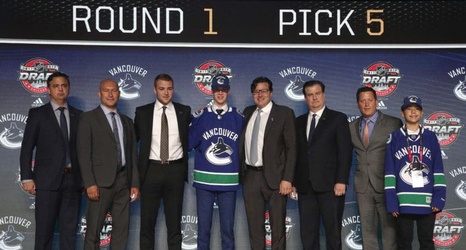 Amateur scouting director Judd Brackett, who has worked extensively with the Vancouver Canucks scouting staff for the past 12 years, will be parting ways with the team.

On Friday, general manager Jim Benning announced that Brackett will be leaving the organization, as the two sides were unable to agree on a new contract.

Over the course of his tenure, Brackett’s scouting expertise — particularly within the United States, has played a role in the drafting of talents such as Thatcher Demko (2014), Brock Boeser and Adam Gaudette (2015) and Quinn Hughes (2018).