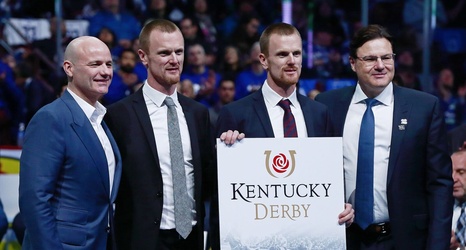 It was a long time coming. Few, if any at all, could have envisioned both Daniel and Henrik Sedin beginning and ending their illustrious careers on the same team — let alone at an elite level for over a decade. Yet through topping the franchise record books as the teams’ leading scorers, over two decades after their draft year, we sit here today.

Wednesday’s game against the Chicago Blackhawks was a rare opportunity for a myriad high-profile players, management, and staff, along with the entire fanbase to come together and shower the twins with both support and recognition as their jerseys were retired and their legacies became cemented within Canucks history.