Canucks: The defence is the key to a turnaround in December 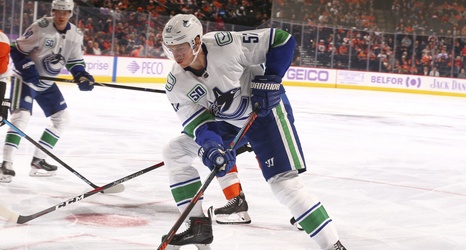 Heading into November, the Vancouver Canucks had an impressive 8-3-1 record, but that wonderful start was erased following a brutal month-long stretch.

Vancouver has lost nine of its last 12 games now, and they’ve picked up a mere four wins in November. Even if they pull off a victory against Connor McDavid and the Edmonton Oilers on Saturday, the Canucks will have few positives to reflect on in the second month of the season.

The struggles reached a new low on Thursday night against the Pittsburgh Penguins, who were playing without Sidney Crosby. Vancouver held a 6-3 lead in the third period, only to unravel entirely by allowing five unanswered goals — en route to an 8-6 loss in the Steel City.