Canucks roundtable: Predicting the best-of-five series vs. the Wild 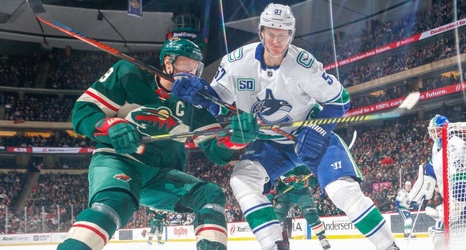 As it turns out, the Vancouver Canucks will get their shot at the Stanley Cup.

The NHL’s return to play plan will see 24 teams earn an opportunity at championship glory. The four best teams in each conference will get first-round byes, while the other 16 playoff teams compete in a best-of-five qualifying round to determine the remaining playoff bracket.

Right now, the league doesn’t have a firm timeline on a return date. But it’s not too early to predict a Canucks-Wild playoff series.

Staff at The Canuck Way offered their analysis and predictions for the qualifying round.