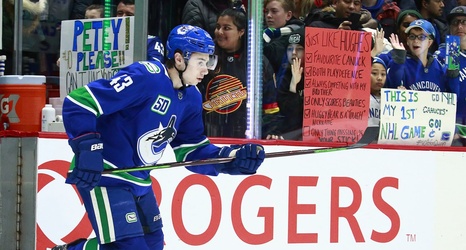 For the third straight year, the Vancouver Canucks will send a rookie sensation to the showdown of the NHL’s best.

On Saturday, the NHL announced that rookie blueliner Quinn Hughes has been selected to represent Team Pacific for the 2020 NHL All-Star Game in St. Louis, Missouri. Hughes has four goals and 31 points this season.

It was also noted that Hughes is the 11th Vancouver blueliner to be selected to an All-Star Game, and he’s only the second since the 2005-06 lockout.

Drafted seventh overall by the Canucks in 2018, Hughes has quickly emerged as the face of Vancouver’s blue line.