Canucks: Patience with Pearson paid dividends and should do the same with Leivo 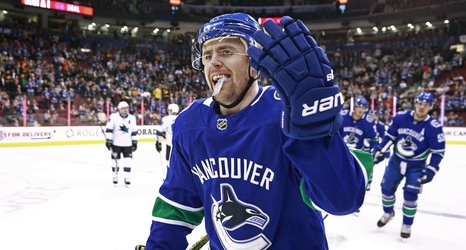 Head coach Travis Green has had to switch the line blender on at various times of this recent road trip as the Vancouver Canucks have continued to struggle with consistently producing at 5v5. However, he has stuck with Pearson being a key contributor despite his own struggles.

On Saturday night, Pearson took 11 shots and started to watch his shooting percentage increase to 9.6% on the season. When you look at the scoring chances and quality of shots that Pearson has been generating, it was clear that he was more unlucky than unproductive.

According to Natural Stat Trick, Pearson has generated 4.