Canucks: Our favourite moments from the Sedin twins 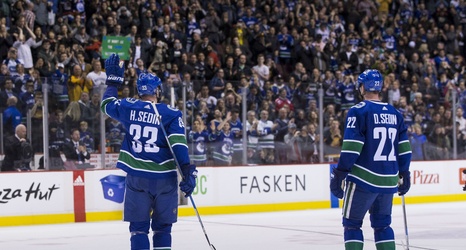 On Wednesday the Vancouver Canucks organization will raise the jersey numbers of Daniel and Henrik Sedin to the rafters, officially retiring the numbers 22 and 33. An absolute no-brainer for the franchise as the magical twin brothers put their heart and soul into Van City for nearly 20 straight years.

When their once in a lifetime hockey story came to an incredible finish, the twins had their names all over the Canucks’ history books, with some records left to stand for decades to come. The mark they left on not only Vancouver, but the entire hockey world was something truly special, possibly even something that can never be done again.