Canucks: Losing Judd Brackett would be a colossal mistake 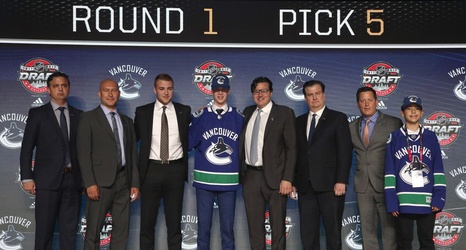 Only in a market like this can you get the amateur scouting director trending on Twitter, but such is life for Judd Brackett and Vancouver Canucks. With the NHL draft date uncertain and Brackett’s contract with the terminating June 30th, there have plenty of questions surrounding him and his future with the organization.

Brackett has been a part of the Canucks since 2008, starting off as a scout primarily in the USHL and then getting the big promotion in 2015 to the director of amateur scouting. His expertise is in the States and is widely credited for drafting players from the NCAA like Brock Boeser, Thatcher Demko and Quinn Hughes.