Canucks: Jake Kielly and an interview with Michael Garteig 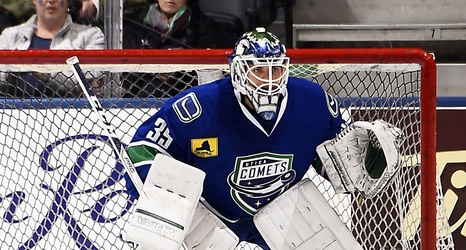 The ECHL has for many years been an underutilized tier in the three tier developmental program for each NHL organization. This isn’t to say that it has been neglected only by the Vancouver Canucks, but rather that overall it’s been a forgotten piece of the puzzle for the NHL league-wide.

However, it’s a trend that is starting to get bucked. It is especially critical for goaltenders that NHL teams continue to put more importance on developing at all levels of the organization’s depth.

At any level, goaltending statistics are largely impacted by team play rather than merely on an individual basis.